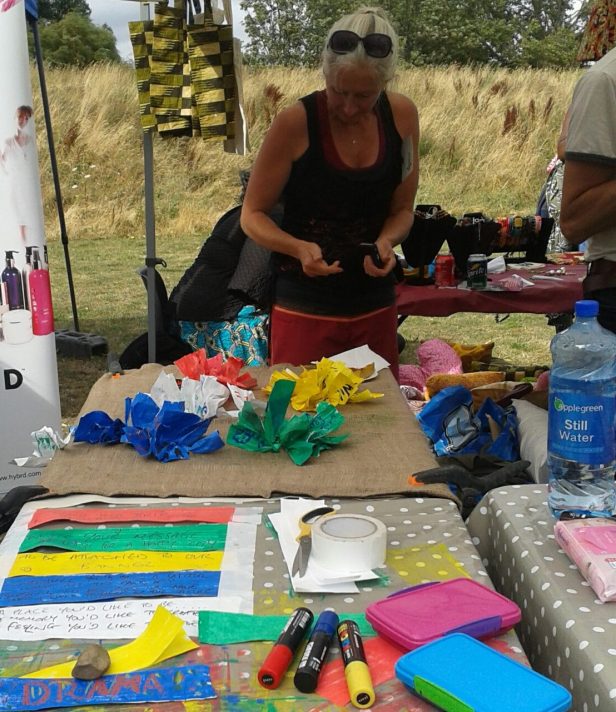 This weekend in London an amazing array of free installations and outdoor events has been created by world-leading artists to commemorate the Great Fire of London. Giant tanks of water, massive domino runs, huge fire installations, a wonderful recreation in timber created by young people acquiring skills and improving life chances…. In amongst this a conversation about how this moment of fire and awful destruction  – which left thousands of 17th century Londoners homeless – created the requirement and the opportunity to rethink life in the city.

In 1834, Tom Shakespeare reminded us this week,  Parliament burned and was recreated. Our Big Ben, our green and red benches, our Erskine-May – much of the pomp and circumstance we associate with politics  – are not very old at all…. we don’t do all the political flummery because it’s how things are done. We do it because a group of people in the relatively recent past, imagined the world they were creating would be so forever. They determined that this is how things should be done in a world where only some people (not even all the men) were enfranchised and some weren’t and (according to them) couldn’t be.  Tom Shakespeare  proposed what a friend in theatre and I have long played with –  a touring Parliament – by for and amongst the people…

As someone who has experienced the devastating effects of a house fire, I’m not advocating that we burn Parliament down but  both as citizen and theatre-maker I am interested in tearing up the rule books and rewriting them.

Tomorrow, we hit the rehearsal room at the Arts Depot for our first chance to try out some of the text and a myriad ideas and images we – that’s Rebecca, David and Jens- have been collecting & exploring our larger question of how communities will be governed and govern themselves in the future.

For the first time in human history, most people on the planet live in cities… and this trend is set to continue. How we live and how we lead is up to us.

There are  many  theatre makers and artists out there at the moment grappling with the changing tide of events in 2016. When we started our dialogues about The Happy City they were informed by our curiosity about leadership in 21st Century, in the light of the newly formed coalition government. Today in the UK we are back to a single party majority (however slim), our second woman Prime Minister, our second election for Leader of the Opposition in a year.

Today, you can open the Daily Mail (or just check it out on Twitter) and see an array of female political leaders all being singled out for the fact of their childlessness and another leading politician under attack for behaviour which is out of the norm.  The Establishment rumbles on as if oblivious to the signs all around them that times have changed.

Up and down the country, the picture of local politics is so much more varied and interesting. Inspired by the Independents for Frome or just acting on their own simultaneous despair with tribal party politics,  more and more people are coming together under a set of values and standing as Independents to represent local people and make independent decisions about the questions which matter to them. Message boards and community meetings are being held to work out how to return politics back to what matters.

Yesterday, thousands of people around the UK met in city centres – at the invitation of a few cultural activitists – at really short notice to #paintitblue – reminding our parliamentary leaders that whichever way individuals voted in the EU referendum and however that choice to vote was inspired, what lies ahead is a series of debates and negotiations in which the UK population must be included.

Increasingly the artistic community is putting itself into and leading the conversations, the demonstrations and debates. Just Jones & has been c0mmissioned by the Calouste Gulbenkian Foundation to create a project which helps answers in a 3 year long study into the role of arts in civic life.

At Just Jones & we’re hoping this show – Artist in a Happy City –  will be part of the mix in 2017. From our workshops and interactions we’re being told that people are very receptive to our questions about the recipe for starting from scratch in a new city. How could we as ordinary citizens in a new place  – given that wherever we start and whenever start people bring their history and their visions with them – how could we create a new way to live and govern ourselves? With freedom comes responsibility – both a boon and a problem,  and out of that we want to make our show.